Hi! thanks for stopping by at my Passle blog, my 'scrapbook' for photography inspiration and stories. I’m Gaya. Capturing beauty through the frame of a lens is my thing – it may sound corny but I grew up with a camera in my hand. My Polish roots meant in the early days it was an old manual Russian SLR, which I literally took everywhere (much to my mum’s dismay). The more I photographed the more I realised that what lit up my lens was capturing personalities and emotions through portraiture. I promise I have upgraded my equipment and while things in my life have certainly shifted – I now live in leafy Oxford with a tech geek – what has not changed is that I always have a camera in my hand. And I still see things through frames. I am fun, creative but professional. And so is my photography. Capturing memories and life’s little intricacies is what I am about. In my second life I am a professional web and print designer, where every day I play with colour, composition and form, which has only strengthened my photographic technique. What is so important to me is getting people to feel comfortable, so in many ways I see my clients as friends. Drawing out personalities through creative and inspiring images is where I get my satisfaction – finding their perfect angle, capturing significant details and real moments in real-time is what I strive for. I have a relaxed, modern style through which I give a refreshing edge to classic shots and those unexpected highlights. Reportage or photojournalism call it what you will – what I do is create a story of your big moment or special day always with a smile that makes its way on to the frame. For my portfolio and more info please go to http://www.photographybygaya.com. 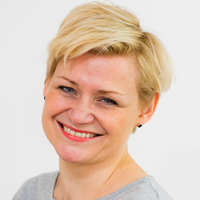 Andrew Newey has made make a name for himself as a documentary travel photographer capturing vanishing cultures and traditions. His latest expedition involved traveling to the foot of the Himalayas in Nepal to document the Gurung tribe’s bi-annual tradition of gathering honey. These Nepalese honey hunters risk their lives to harvest the honey from the world’s largest honeybee, using the same tools they used centuries ago.

Rather sadly, increased tourism, commercialisation and climate change have resulted in a slow decline of the number of bees and honey hunters.

Though it dates back centuries, honey hunting was quite an unknown tradition until a 1987 National Geographic documentary enticed tourists, film makers and photographers to explore the region. Thus, interestingly projects such as this present a paradox - by documenting ancient traditions unknown to the western world, photojournalists may actually contribute to the tradition’s disappearance.

Luckily, in this instance, Mr Newey would not reveal the exact location of the project. “If the name comes out, tourists will flock there. That would be a disaster", he said (according to NYT article).

However, allegedly, commercial publications such as National Geographic require photographers to disclose location and place name, and in this way, often contributing to increased tourism and eventually destruction of nature and decline of cultural diversity.

This tradition of hunting honey is a dying one, as are many of the other traditions Newey has immortalized. Between the younger generations heading into the cities in hopes of making a living off the tourism market, and the aging of the elder, experienced hunters, the knowledge just isn’t getting passed down as it has in the past. To add to that, the tourism industry is contributing to the demise of this tradition. For upwards of $1,000, tourists can go on guided honey hunting treks, which leads to excessive harvesting — far more than the twice a year usually done, leaving not nearly enough time for the bees to properly produce the needed amount of honey. 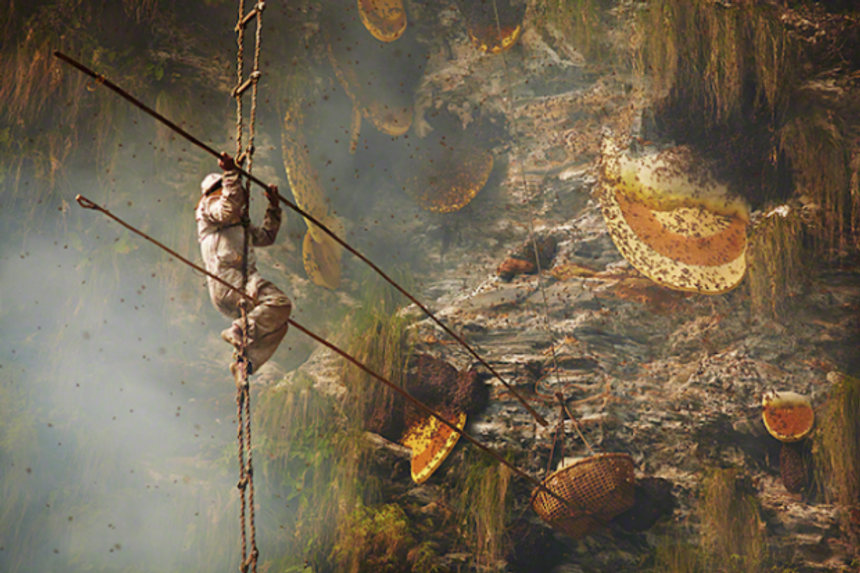 "If the name comes out, tourists will flock there" The secret world of hunting honey in Nepal. Photos by @andrewnewey http://t.co/vALJun81w9

#HoneyHunting in #Nepal is a dying art form, but thx 2 @andrewnewey we're able 2 see photos of the ancient tradition http://t.co/4w64xO9Zd6

What are the colour trends of 2022?
Gaya Gajewska
How do I use COLOUR to make my powerpoint presentation look less rubbish?...
Gaya Gajewska

A competition for all you budding photographers
Keith Wardle
repost  cancel

For plans and pricing, please contact our sales team at sales@passle.net

Sorry, you don't have permission to repost or create posts.

Your repost is currently a draft. Review your repost and request approval.

Sorry - this is not an option. This post already exists in the Passle you have selected.

Try reposting to another Passle.